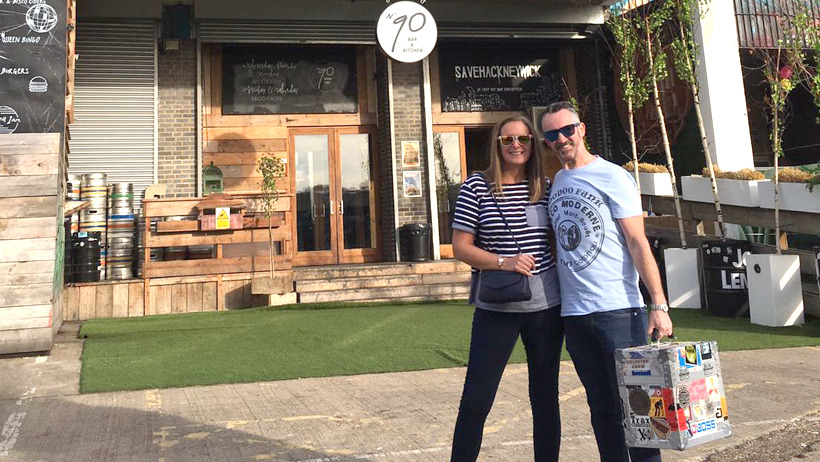 I’m a DJ with a massive love for music across a large number of genres. My early musical passions span from 80's synths and early hip hop, through the fledgling days of house and garage via a young pirate station at the time - Kiss FM.

In my early teens I used to sit up in my loft and manufacture extended coat hanger ariels to try to capture as much signal as possible from the wrong side of the M25. Listening to Steve Jackson, Colin Dale, Colin Faver (RIP) and Paul 'Trouble' Anderson (RIP). I couldn't get enough of these underground sounds, recording as much as possible and editing my own sets of the songs on cassette.

The first time spinning out side the bedroom was in 1993, playing hardcore, jungle and techno - this gig entailed a Realistic mixer where for some reason the crossfader was reversed, so that night was a test in composure right from the off!

Moving on from the rave sounds mid 90's I played a cross section of house, big beat and trip hop, mixed in with some Bukem-esque D&B - I think it's this personal refusal to stick to one genre, (Through a period where DJs lived and died by their chosen genre), that shaped my unusual path through music.

I've worked with a lot of live bands doing support between sets and then the later after party, supporting fresh synth pop acts from Virgin records and compering nights for names such as O'Neils and Smirnoff. From the mid to late 90's I co ran and played on Spectrum 107.9 FM, a slightly sporadic pirate station in Farnborough. Around the same period I was also the official support DJ for indie band Joda, as well as spinning house, trance and drum & bass nights at the After Dark Club and The Matrix in Reading, the WAG club in Soho and the West One Four in Kensington, among others. In between I played some festivals and ran a some of my own nights, one of my personal favourites being Backroom Beatz, an anything goes weekly session at the now gone Tumbledown Dick in Farnborough.

The early 00's took me overseas, playing in the Netherlands and Tenerife, spinning house, garage, trance and drum & bass. The following year back in the UK I hooked up with my good friend and DJ Matt Logic to run some of our own local nights, Funk Phenomena and Liquid Funk, playing the first wave of big filtered disco house vibes from fledgling labels such as Defected, Subliminal, et al.

The turntables were hung up for a few years for my young family to grow, although the vinyl shopping continued throughout this period, so after a request a few years ago to get the decks out again my record boxes were bursting with vinyl to spring on the unsuspecting public!

In the last few years I've been lucky enough to have played at Pikes, Ibiza, WoM Cafe Ibiza, Spritland, Kings Cross, on beaches, clifftops, festivals, a trip back to Amsterdam for Red Light Radio and a slot at the wonderful Cafe Belgique, a couple of nights at the fantastic Number 90 in London, Below in Leicester, The Sun Deck in Margate, Hoxton Cabin, numerous nights at The Mulberry in Farnham, The Red Lion in Godalming, private parties, and promoting our own Parents Evening and Vinyl Lab events!

The record boxes are still as eclectic as ever, although my overall sound these days is Balearic in nature - ranging from deep chill and eclectic sounds to indie dance, reggae, dub, afro, jazz, and yacht rock to highlife, I also drop occasional sets of house, disco, soul, techno, and drum & bass!